You are viewing a past event
The Future of Transatlantic Security: Leaders' Roundtable
9:00am - 10:15am EST
Register

The transatlantic community faces a pivotal moment in early 2021. The United States is undergoing one of the most momentous – and tumultuous – transfers of power in modern history, the United Kingdom has left the European Union, and the COVID-19 pandemic continues to ravage countries on both sides of the Atlantic. In this challenging geostrategic environment, what should be the top priorities for transatlantic security leaders? Where are the greatest challenges, and where are opportunities for new and innovative security policy and transatlantic cooperation?

Join Perry World House and the German Marshall Fund of the United States for a roundtable of high-level transatlantic leaders, including former High Representative of the European Union for Foreign Affairs and Security Policy Catherine Ashton, President of the German Marshall Fund Karen Donfried, former U.S. Secretary of Defense Chuck Hagel, former U.S. National Security Advisor H.R. McMaster, Estonian Ambassador-at-Large for Cyber Diplomacy Heli Tiirmaa-Klaar, and former Deputy-Secretary General of NATO Alexander “Sandy” Vershbow. Sign up for this virtual event, and details of how to take part will be in your order confirmation email. 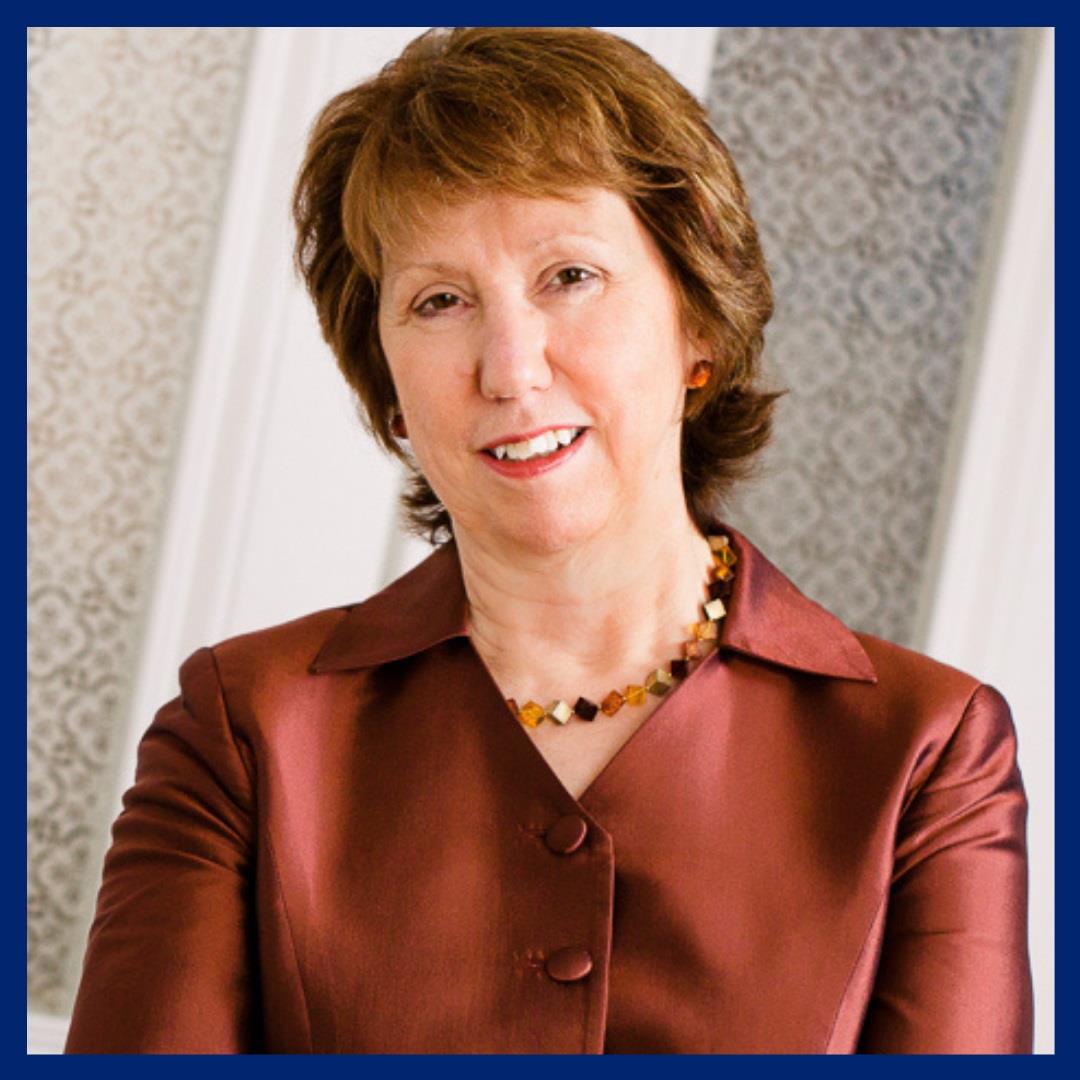 Baroness Catherine Ashton GCMG, PC served as the European Union's first High Representative for Foreign Affairs and Security Policy from 2009 to 2014. She now holds a number of portfolios in foreign and security policy. She is Global Europe Chair at the Woodrow Wilson International Centre for Scholars in Washington D.C., a Senior Policy Advisor to Chatham House, and a consultant to the Geneva-based Centre for Humanitarian Dialogue. On behalf of the UN Security Council, she chaired the negotiations that ultimately resulted in the agreement with Iran on its nuclear program. She also worked with the Prime Ministers of Serbia and Kosovo leading to the Brussels agreement, for which they were all nominated for the Nobel Peace Prize. Previously, she was the first female E.U. Commissioner for Trade. Prior to becoming an E.U. Commissioner, she was a U.K. government minister in the House of Lords. She served in the Education and Justice departments, before being promoted to the Cabinet as Leader of the House of Lords.

Karen Donfried is president of the German Marshall Fund of the United States, a non-profit organization dedicated to strengthening transatlantic cooperation. Before assuming this position in April 2014, Donfried was special assistant to the president and senior director for European affairs on the National Security Council. Prior to that, she served on the National Intelligence Council, the State Department’s Policy Planning Staff, and at the Congressional Research Service. Donfried is a trustee of Wesleyan University, her undergraduate alma mater. She received her doctorate from the Fletcher School of Law and Diplomacy at Tufts University and a Magister from the University of Munich.

Chuck Hagel was the twenty-fourth Secretary of Defense, serving from February 2013 to February 2015 and is a Visiting Fellow at Perry World House. He is the only Vietnam veteran and the first enlisted combat veteran to serve as Secretary of Defense. Prior to his leadership at the Pentagon, Hagel served two terms in the United States Senate (1997-2009) representing the state of Nebraska. Some of his current commitments include service on the Board of Trustees of RAND; Senior Advisor to GALLUP; Centennial Scholar, Georgetown Walsh School of Foreign Service; and Distinguished Scholar, University of Nebraska at Omaha. Hagel is the author of the book, America: Our Next Chapter, and a graduate of the University of Nebraska at Omaha. 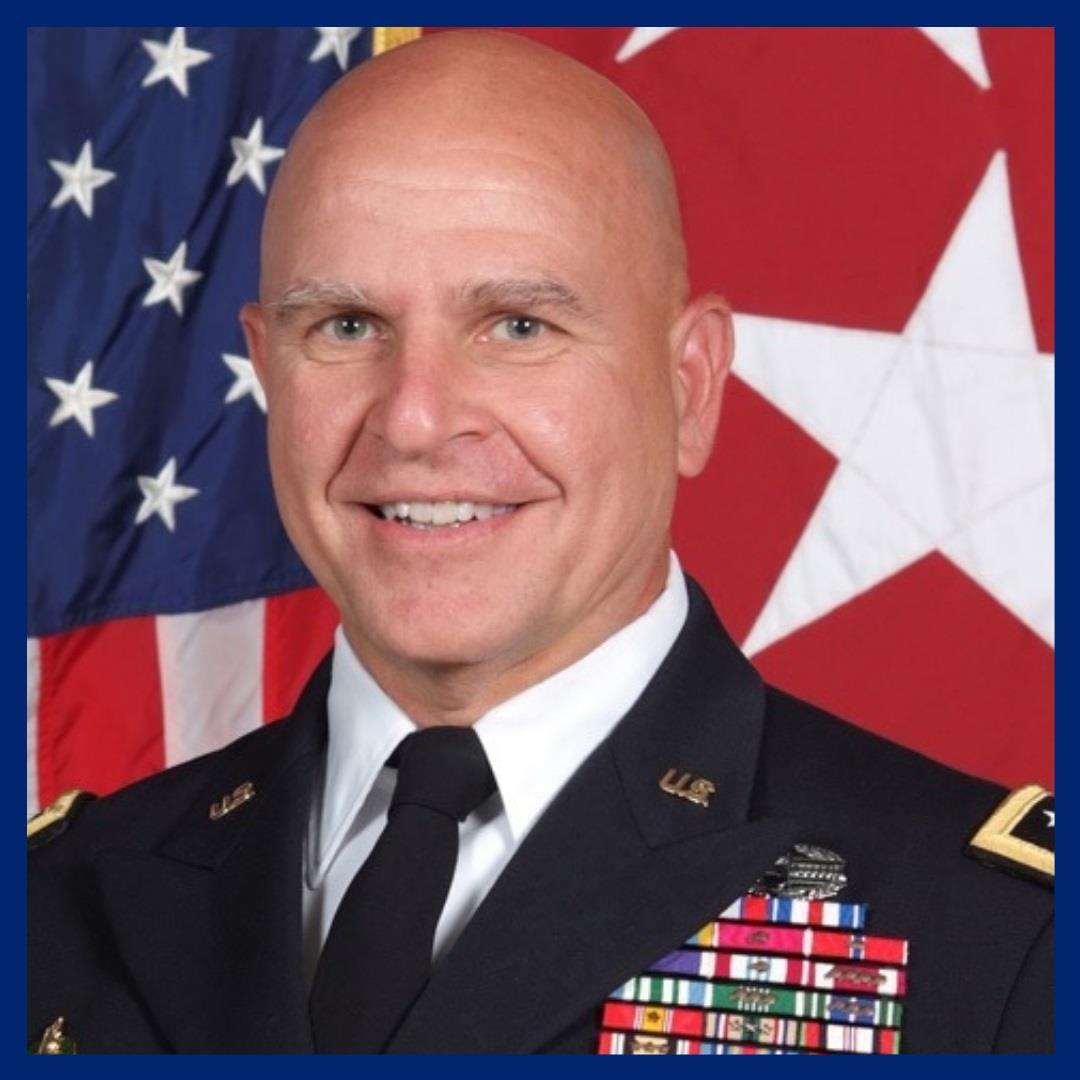 H. R. McMaster was the twenty-sixth National Security Advisor of the United States from 2017 to 2018. He is the Fouad and Michelle Ajami Senior Fellow at the Hoover Institution at Stanford University. He served as a commissioned officer in the United States Army for thirty-four years before retiring as a Lieutenant General in June 2018. McMaster is author of the award-winning book, Dereliction of Duty: Lyndon Johnson, Robert McNamara, the Joint Chiefs of Staff and the Lies that Led to Vietnam and of Battlegrounds: The Fight to Defend the Free World. McMaster was commissioned as an officer in the United States Army upon graduation from the United States Military Academy in 1984. He also holds a Ph.D. in military history from the University of North Carolina at Chapel Hill. He is a member of the Council on Foreign Relations, contributing editor for Survival, and a senior consulting fellow at the International Institute for Strategic Studies in London. 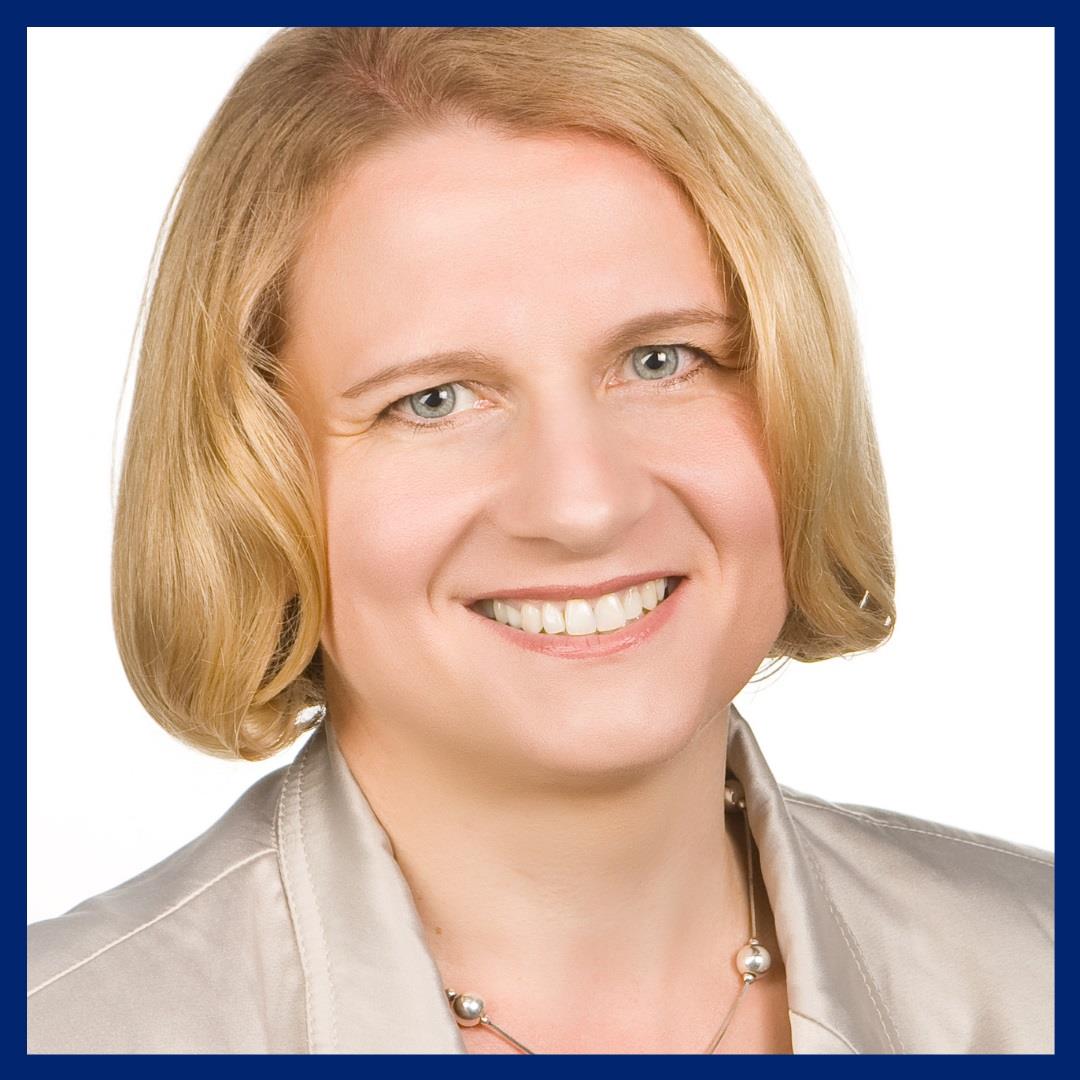 Heli Tiirmaa-Klaar is Ambassador-at Large for Cyber Diplomacy at the Estonian Ministry of Foreign Affairs and a Visiting Fellow at Perry World House. She started her work in Tallinn in September 2018 as Estonia’s first Cyber Ambassador. Before returning to Tallinn, Ambassador Tiirmaa-Klaar was Head of Cyber Policy Coordination at the European External Action Service (EEAS). One of the major priorities of Ambassador Tiirmaa-Klaar’s work at the EEAS was to kick-start extensive E.U. capacity building programmes in third countries, with a focus on the fight against cybercrime and emerging cyber threats. She was also in the lead for developing the Framework of Joint E.U. Diplomatic Response to Malicious Cyber Activities. Shortly before joining the EEAS, she worked as a Cyber Security Policy Adviser to NATO where she drafted and negotiated the first comprehensive NATO Cyber Defence Policy in 2011. Ambassador Tiirmaa-Klaar holds a Master’s degree in international relations and political science. She was a Fulbright Scholar at George Washington University in 1998-1999. 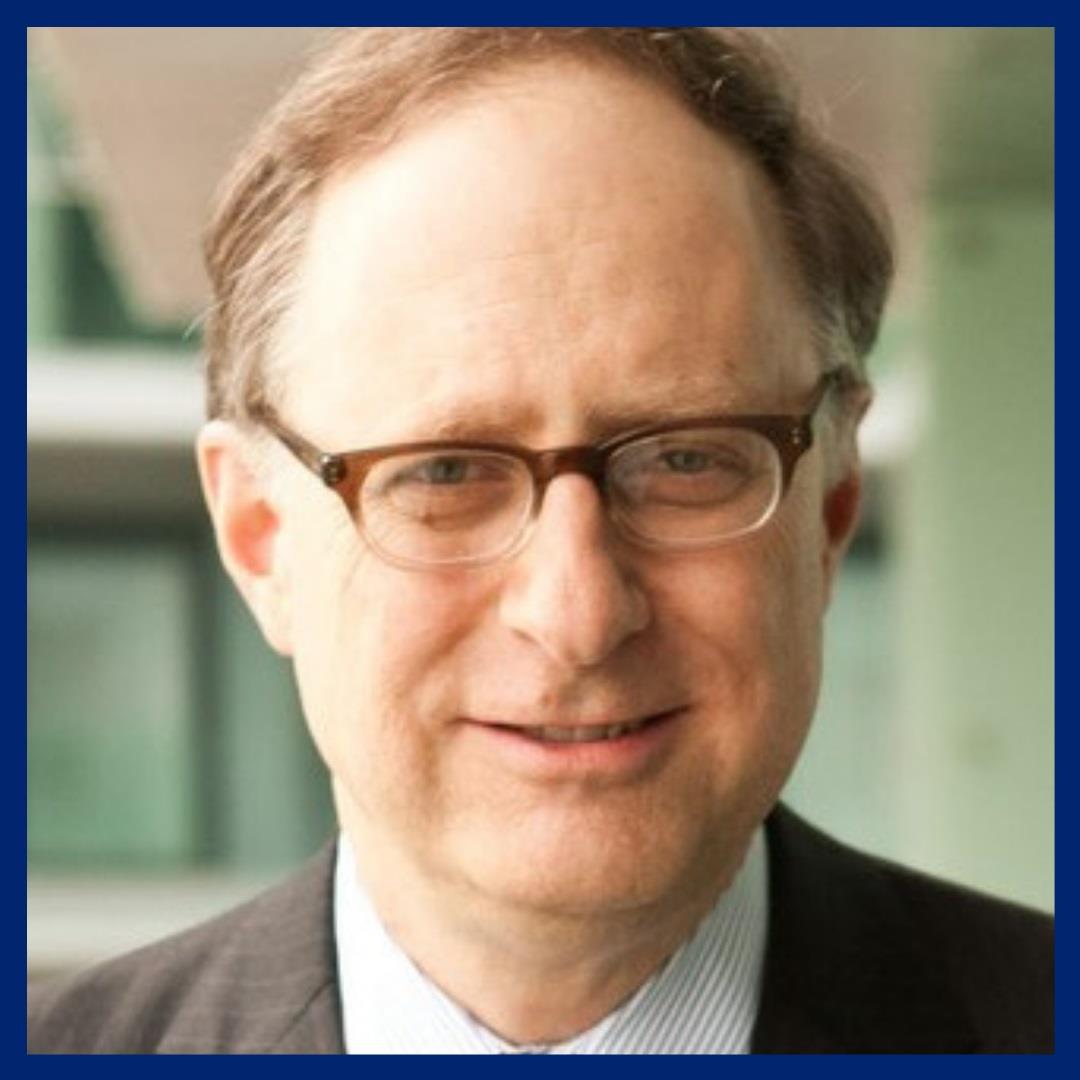 Alexander ("Sandy") Vershbow is the Wolk Distinguished Visiting Fellow at Perry World House and a Distinguished Fellow at the Atlantic Council’s Scowcroft Center on Strategy and Security in Washington, D.C. He was Deputy Secretary General of NATO from 2012 to 2016, the first American to hold that position. A career diplomat since 1977, Vershbow served as U.S. Assistant Secretary of Defense for International Security Affairs (2009-2012), U.S. Ambassador to the Republic of Korea (2005-2008), U.S. Ambassador to Russia (2001-2005) and U.S. Ambassador to NATO (1998-2001). He also held numerous senior positions in Washington, including Special Assistant to the President for European Affairs at the National Security Council (1994-97) and State Department Director of Soviet Union Affairs (1988-91).