You are viewing a past event
Risk and Reward: Local Journalists Covering the Front Lines of War in Syria and Yemen
4:15pm - 5:30pm
Perry World House | World Forum

Journalists reporting from war zones in Syria and Yemen face severe risks daily – the risks of kidnapping, torture, or bombings. The difficulty of promoting free expression and countering false narratives from state-run media of oppressive regimes adds to the physical dangers, but for female journalists, the challenges are even greater.

What is it like to travel through Al-Qaeda-controlled lands or drone-strike territory in the midst of a war? What added dangers do women face as war reporters in male-dominated societies? How can we better understand the complexities of long-running proxy wars in the Middle East?

Join renowned journalists Zaina Erhaim, Perry World House and Kelly Writers House Writer at Risk, and Safa Al Ahmad as they seek to answer these and other questions and share their insights, expertise, and insider stories on covering the conflicts in Syria and Yemen. Erhaim and Al Ahmad will discuss the dangers facing female journalists, the role of local and citizen journalism and the importance and imperative of free expression, how they train more local correspondents, and how we can ensure that the world does not forget these conflicts and their overwhelming human and other costs.

Zaina Erhaim is an award-winning Syrian journalist, working as the communications manager with the Institute for War and Peace Reporting (IWPR). She has trained over 100 media activists on journalism basics in Syria and made a series of short films entitled Syria's Rebellious Women (2016) and Syria Diaries (2017), narrated by Syrian women. Erhaim has contributed to three books: Our Women on the Ground (2019), Journalism in Times of War (2018), and Arab Women Voicing New Realities (2017). She taught Conflict Sensitive Mobile Journalism at Bremen Art University in Germany. Erhaim has an M.A. in international journalism from City, University of London. Before joining IWPR, Zaina worked with the BBC, Alhayat, Orient TV, and other local media outlets. She has also written for The Economist and The Guardian. 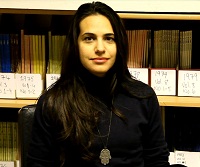 Safa Al Ahmad is a journalist and filmmaker who has directed documentaries for PBS and the BBC on protest movements in the Middle East. Her film Saudi’s Secret Uprising was the first documentary of its kind to document the historically unprecedented protests in the kingdom. Her work on Yemen spans almost a decade. The Fight for Yemen reflects the bloody trajectory of the conflicts inside the country and their international impact while Yemen Under Siege, a winner of two Emmys, takes a close-up look at the staggering human toll of the conflict. Safa is also the winner of the 2015 Index on Censorship Freedom of Expression Award for Journalism, the El Mundo award for journalism, the Canadian Journalists for Free Expression (CJFE) International Press Freedom Award, and the Association of International Broadcasting (AIB) Best International Investigation for her work on Saudi Arabia. She was twice a finalist for the Rory Peck Sony Impact Award and is the recipient of the Wallenberg Medal from the University of Michigan for 2019. Her writing on the Arab uprisings was published in the Penguin anthology Writing Revolutions and won an English Pen Award. This month, she is a launching an Arabic-language podcast documenting the murder of journalist Jamal Khashoggi.