How is being a foreign correspondent different than twenty years ago? What are the greatest challenges facing international reporting today? How does covering politics abroad differ from covering politics in Washington?

In this edition of The World Today, Edward Wong, diplomatic and international correspondent for The New York Times and former Beijing bureau chief, and Trudy Rubin, PWH visiting fellow as well as foreign affairs columnist for The Philadelphia Inquirer and former Middle East correspondent for The Christian Science Monitor, discuss their experiences at home and abroad, and how they see the challenges moving forward.

This talk will be moderated by John Gans, PWH’s director of communications and research and former chief speechwriter to Secretary of Defense Ash Carter.

Edward Wong is a diplomatic and international correspondent for The New York Times who reports on foreign policy from Washington, D.C. He has spent most of his 20-year career with the Times abroad, reporting for 13 years from China and Iraq. As Beijing bureau chief, he ran the Times’ largest overseas operation. Edward began reporting for the Times in 1999 and worked for four years on the metro, sports and business desks before going overseas. His first posting was to Iraq to cover the American invasion and civil war, from 2003 to 2007. He then reported from China for nine years. He has traveled across Asia on assignment, including to North Korea, Afghanistan and Myanmar. Edward received the Livingston Award for his coverage of the Iraq War and was on a team of Pulitzer Prize finalists. He was a Nieman Fellow at Harvard University from 2017 to 2018 and taught international reporting at Princeton University as a Ferris Professor of Journalism in 2017. He is an associate at Harvard Kennedy School’s Belfer Center for Science and International Affairs. Edward graduated with honors from the University of Virginia, where he earned a bachelor’s degree in English literature. He has dual master’s degrees in journalism and international studies from the University of California at Berkeley. 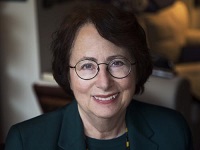 Trudy Rubin is the foreign affairs columnist for The Philadelphia Inquirer. In 2019, Rubin received the Overseas Press Club of America’s Flora Lewis award for Best Commentary on International Affairs. In 2001 and 2017 she was a finalist for the Pulitzer Prize in commentary. She is the author of Willful Blindness: The Bush Administration and Iraq. Prior to joining The Inquirer, she was Middle East correspondent for The Christian Science Monitor and staff writer for The Economist. In recent years, she has written from China, Russia, Ukraine, Iraq, Syria, Turkey, Egypt, Lebanon, Israel, the West Bank, Afghanistan, Pakistan, Kashmir, Britain, France, Italy and Germany. She is a graduate of Smith College, where she received her B.A., and the London School of Economics, where she earned her M.Sc. (Econ).

John A. Gans, Jr. is the Director of Communications and Research at Perry World House. Prior to becoming the Director of Communications and Research in November 2018, Gans was our Global Order Program Manager, from November 2017 to November 2018. Prior to this, Gans was the chief speechwriter to Secretary of Defense Ash Carter. He served as the principal advisor to the Secretary Carter on planning, positioning, and preparation of remarks; managed a team of writers; and drafted dozens of speeches delivered around the world. In addition to leading the writing team at the Defense Department, Gans served as senior speechwriter for Defense Secretary Chuck Hagel and Secretary of the Treasury Jack Lew.