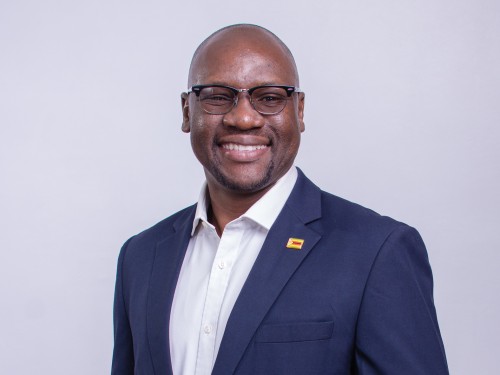 Evan Mawarire is a Zimbabwean clergyman who founded the #ThisFlag citizens’ movement to challenge corruption, injustice, and poverty in Zimbabwe. For his work, Mawarire was imprisoned and tortured in 2016, 2017, and 2019 and charged with treason, facing eighty years in prison. He has addressed audiences at the Atlantic Council, Yale University, Harvard University, the Oxford Union, the Oslo Freedom Forum and the Geneva Summit for Human Rights & Democracy. He was named one of Foreign Policy’s “100 Global Thinkers” of 2016, and as Daily Maverick’s 2016 “African Person of the Year.” Mawarire is a nominee of the 2017 Index on Censorship Freedom of Expression awards and the 2018 Per Anger Prize for democracy actors. He was a 2018 fellow of Stanford University’s Centre for Democracy Development and the Rule of Law; a 2020 Yale World Fellow; and a 2022 Reagan-Fascell Fellow at the National Endowment for Democracy. Currently, he is the director of education at the Renew Democracy Initiative, an organization focused on defending democracy in America and the world. 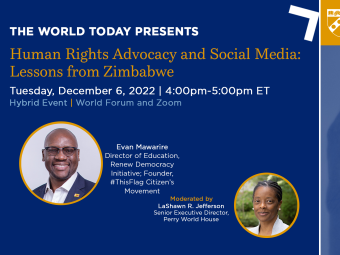