Our programs have included celebrity chefs and a Syrian refugee cooking a traditional meal together, to shine a light on how refugees use food to retain and share their cultural heritage after being forced to flee home; diplomats discussing the importance of music to build trust between nations; and a book talk examining how science fiction can help us be more imaginative about addressing the climate crisis.

Learn more about our Global Lens programming thus far, and upcoming opportunities. For events in 2021-22 and 2020-21, we’ve created a YouTube playlist where you can watch recordings on-demand. 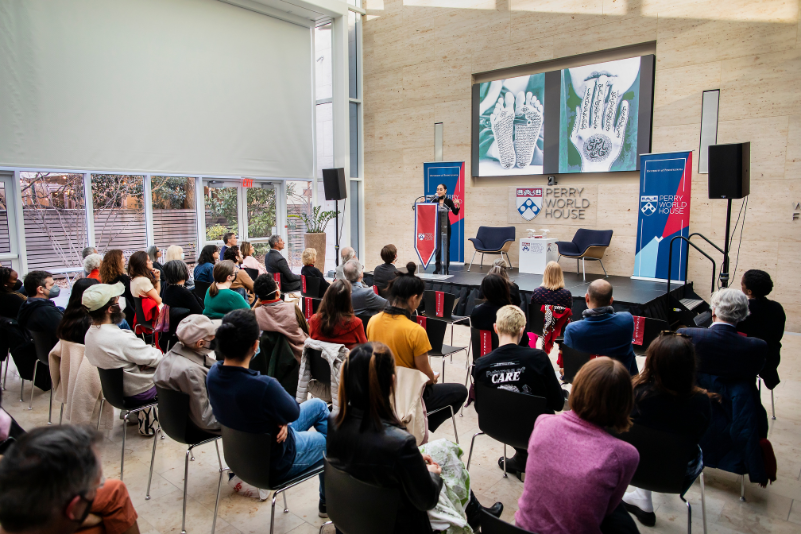 The Vow from Hiroshima: Film, Advocacy, and Nuclear Disarmament

This conversation in April 2022 centered on The Vow from Hiroshima, a documentary about atomic bombing survivor Setsuko Thurlow. The panel, which included the film's director and producer, Susan Strickler and Mitchie Takeuchi, as well as Bulletin of the Atomic Scientists' President and CEO Rachel Bronson. They talked about the global movement to ban nuclear weapons and the generational trauma suffered by the families of atomic bombing survivors.

This event in April 2022 looked at Oscar-nominated animated film Flee, which follows Afghan refugee Amin Nawabi as he grapples with a painful secret he has kept hidden for 20 years - one that threatens to disrupt the life he has built in Europe with his future husband. Penn Law's Fernando Chang-Muy and Human Rights Watch's Graeme Reid discussed asylum protections for LGBTQ migrants, the challenges and dangers facing LGBTQ people in many countries, and more.

This lecture in March 2022, co-hosted with the Arthur Ross Gallery, featured acclaimed Iranian-born artist Shirin Neshat. She looked back at key works in her creative career, where she focuses on issues including race, gender, religion, and power. Nehsat also discussed her most recent film, Land of Dreams, which was completed in the summer of 2021 and premiered at the Venice Film Festival.

The Healing Power of Self-Expression: Photography by Female Refugee Artists

This event in February 2022, co-hosted with One Journey, Penn Cinema and Media Studies, TD Bank, and the Art 4 Humanity Foundation (A4HF), featured two refugee artists from the Photography School, located in a refugee camp in Diavata, Greece. The artists shared how photography has helped them reclaim their voices, express their past experiences, and share their hope for the future. 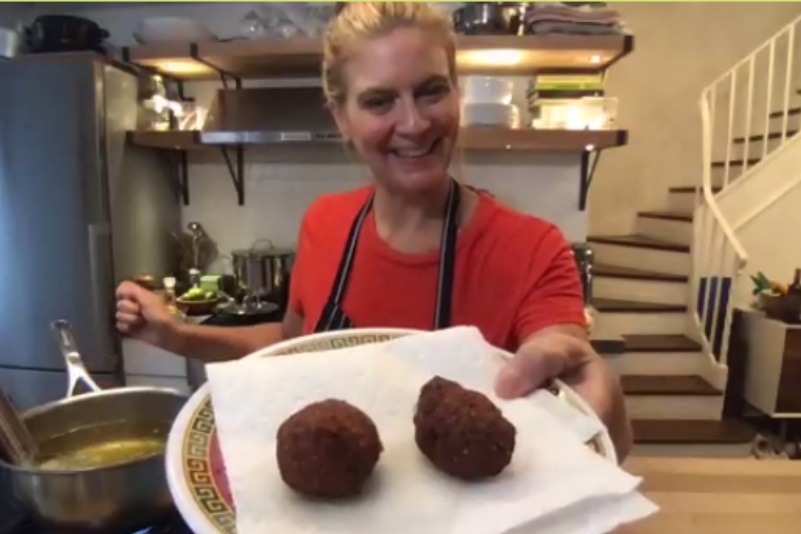 In April 2021, Perry World House hosted a virtual event with diplomats and musicians Lolita Jackson, Alexander Vershbow, and András Simonyi about how music can be used as a tool in international relations. They discussed how countries use their musicians as part of cultural diplomacy and how music can promote greater international understanding.

The Ministry for the Future: Climate Change and Speculative Fiction

In April 2021, Perry World House held a virtual conversation with legendary science-fiction author Kim Stanley Robinson about his new novel, The Ministry for the Future. The book imagines a world where climate action has failed. With Perry World House's Michael Weisberg, Robinson discussed how speculative fiction of this kind can inform global policy, and how the wold can avoid the worst-case scenarios of climate change.

Culinary Diplomacy: International Cooperation, One Bite at a Time

Cooking is central to human life, culture, and politics around the world. Food can be a literal carrot or stick in international relations, and culinary diplomacy has become a major part of many countries' soft power initiatives. This event in September 2020 looked at how to use food to bring people together and encourage cross-cultural understanding, with a live demonstration of how to make traditional kibbeh, featuring Syrian-American activist Ed Beetar, celebrity chefs Amanda Freitag and Marc Murphy, and the Culinary Diplomacy Project's Lauren Bernstein. 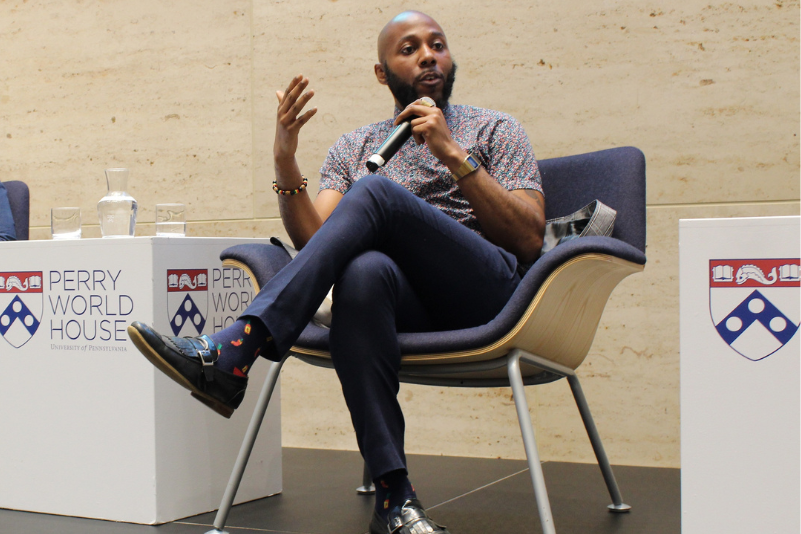 One Journey Film Festival: The Refugee Experience on Film

Breathe In the Roots: A Journey of Discovery Across Ethiopia

Award-winning Syrian journalist and Perry World House Writer-at-Risk Zaina Erhaim joined Perry World House in October 2019 for a screening of six short films she produced about women living in rebel-held northern Syria. Following the screening, she discussed the Syrian Civil War and its impact on women with Ahed Festuk, an activist featured in one of the films. 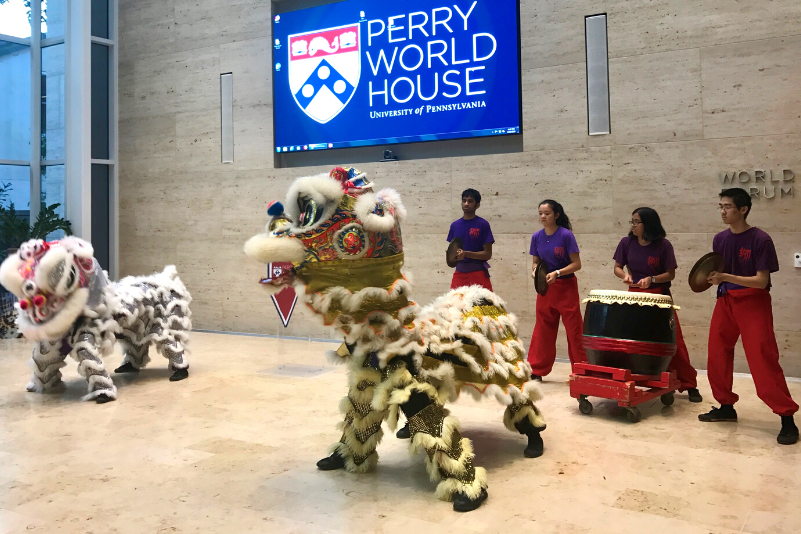 In December 2018, Perry World House held a screening of 82 Names: Syria, Please Don't Forget Us, a film following Mansour Omari, a survivor of torture and imprisonment in Syria, as he rebuilds his life in Europe. Inspired by visiting sites in Germany that memorialize victims of the Holocaust, he worked with the United States Holocaust Memorial Museum to create an exhibition that would bring attention to the brutal regime he escaped and counter extremist ideology in the future. This event featured Omari, Syrian journalist and activist Zaina Erhaim, and the United States Holocaust Memorial Museum's Naomi Kikoler to discuss the film and documenting atrocities.

In September 2018, Perry World House hosted a fall social for international students, showcasing food, music, and dancing from around the world. 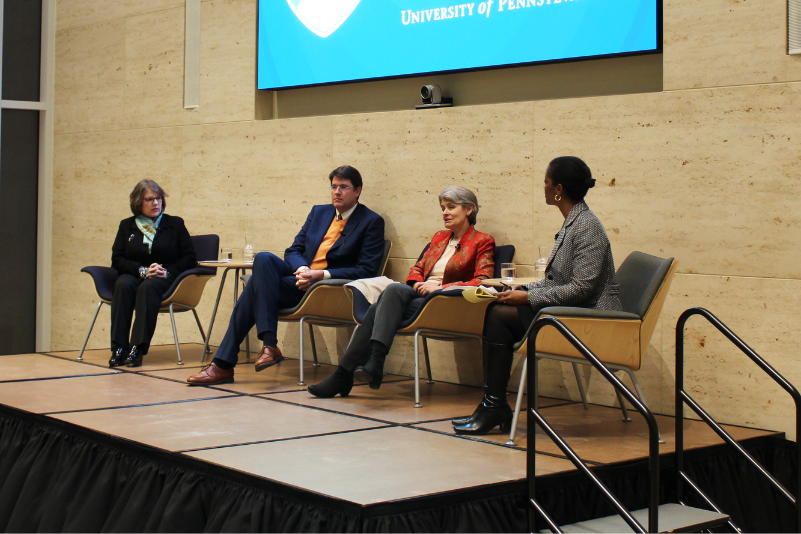 This event in November 2017, co-hosted with Penn International Student and Scholar Services, was an opportunity for the Penn community to discuss issues facing international students in the U.S., such as logistical challenges and cultural barriers.

In September 2017,  Perry World House hosted a fall social for international students, showcasing food, music, and dancing from around the world. 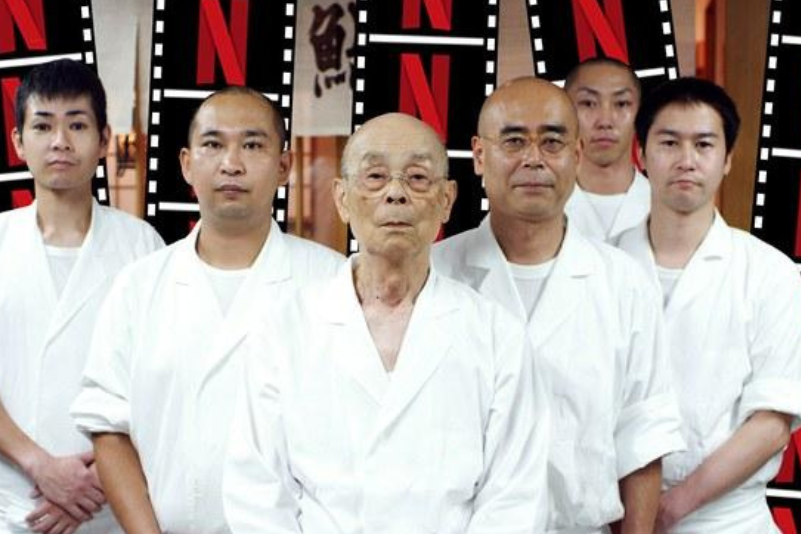 Poster for 'Jiro Dreams of Sushi'

As study season got underway at Penn in March 2017, Perry World House hosted a screening of Jiro Dreams of Sushi, a documentary charting the journey of 85-year-old Jiro Ono, considered one of the world's greatest sushi chefs.