Each year, Perry World House (PWH) celebrates Penn Global Week, spotlighting the many ways in which the University is engaging globally – from helping our students to pursue internships abroad, to developing new ideas about the world’s biggest challenges.

This year, Penn Global Week is focusing on the people who work to broaden and deepen the University’s connections across the world and help to bring meaningful global experiences to our students and faculty. One of those people is our Senior Faculty Fellow and Director of Post-Graduate Programs, Michael Weisberg.

Alongside serving as Professor and Chair of Philosophy, Editor-in-Chief of Biology and Philosophy, and Co-Director of the Penn Laboratory for Understanding Science, Weisberg co-leads a major project thousands of miles away from Philadelphia - the Galápagos Education and Research Alliance (GERA).

Based in the heart of one the most biodiverse places on earth, the Alliance aims to promote ecological and scientific understanding, both in Galápagos and the wider world.

Galápagos may inspire thoughts of the pristine, untamed wilderness explored by Charles Darwin as he first developed his theory of evolution almost 200 years ago. The archipelago’s 21 islands are home to a huge variety of species and have retained 95% of their native biodiversity over the decades since Darwin set foot there. But sea lions and giant tortoises aren’t the Islands’ only inhabitants. 35,000 people also live on Galápagos, and as the population grows, it puts increasing stress on the Islands’ fragile ecosystem. “This situation is not unique,” said Weisberg. “Similar conflicts between local communities’ priorities and conservation efforts can be found the world over.”

That’s where GERA comes in. A partnership between the local Galápagos community and faculty at  Penn, Villanova University, and Virginia Tech, the Alliance works directly with local people to help them answer critical questions about the future of their community – from preparing for climate change to creating economic growth that doesn’t compromise the islands’ biodiversity. For instance, it uses community science projects to help local people engage with their unique environment. And unlike those groups which focus only on Galápagos’ unique biology and geology, GERA seeks to study “the entire bio/social system that is contemporary Galápagos,” according to Weisberg.

Penn Global has been a major partner in making GERA a reality, providing initial seed funding through their Global Engagement Fund and continuing to support new projects. GERA also provides unique opportunities for Penn students. “From the beginning, Penn graduate students have developed and supervised several of our projects on the ground,” said Weisberg. “Penn undergraduates serve as what we call ‘the Galapgang’, spending several months living in Galápagos and working directly with the local community in all stages of the research.”

Besides GERA, Weisberg is a crucial part of the Perry World House team, helping postdoctoral fellows and junior faculty to navigate their early careers and enhance the policy relevance of their research. He also advises on PWH’s research on climate change and other matters, particularly through PWH’s Climate Action Research Group. “As perhaps the greatest challenge of our times, climate change cuts across both of PWH’s themes – Global Order and Global Shifts – so I work with both our research program managers on different aspects of global climate policy,” he said. 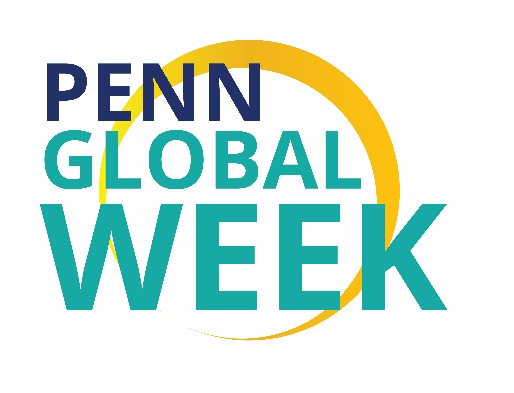 Penn Global Week is an annual event for the university to showcase the depth and breadth of cultural activity and global programming available across campus. This feature is part of a series dedicated to highlighting the experiences and work of the students and faculty who make Penn global, and enrich Penn’s global engagement efforts.