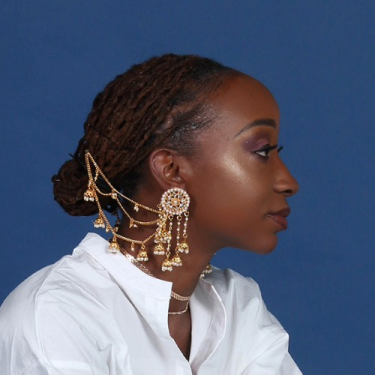 Breanna Moore is a third-year Ph.D. student in the History Department at the University of Pennsylvania. She is a Provost’s Graduate Academic Engagement Fellow. She graduated from Penn with majors in international relations and African studies in 2015. Her research interests include slavery, the transatlantic slave trade, and the history of the African diaspora. In 2019, Moore was commissioned by the Penn Museum to create an art installation for the opening of their new Africa Galleries. She co-created a dress, titled “Wearable Literature,” which uses art and embroidery to express the importance of ancestral communication and the principle of Sankofa in the design of the fabric. Through the Penn and Slavery Project’s Augmented Reality Mobile App, she documents the history of her family over five generations, from slavery to the present, in contrast with the fortunes of her family’s enslavers, which included two men who received medical degrees from Penn during the 19th century.