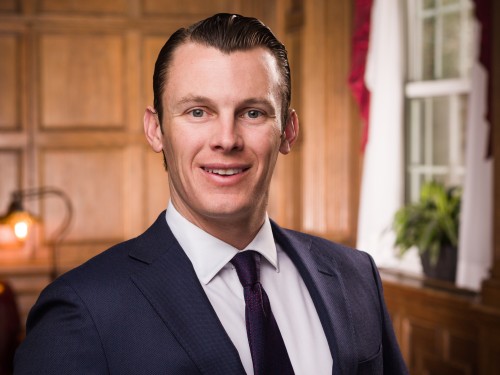 Nick Eidemiller hails from Paso Robles, California, but also spent his childhood in Nevada and Hawaii. He earned a B.Sc. from the United States Military Academy in 2008. He subsequently served as an officer in the U.S. Army for a decade, serving as an infantry officer in Europe and Afghanistan and as a Special Forces officer in Asia and Australia. He departed from active duty in 2017, but still serves in the Selected Reserve, within a Special Operation Detachment affiliated with NATO. Since separating from active duty, he has served as a Lecturer at Yale University. Nick earned an M.P.A. from Harvard University in 2019 and is currently pursuing his M.B.A. at The Wharton School at the University of Pennsylvania.