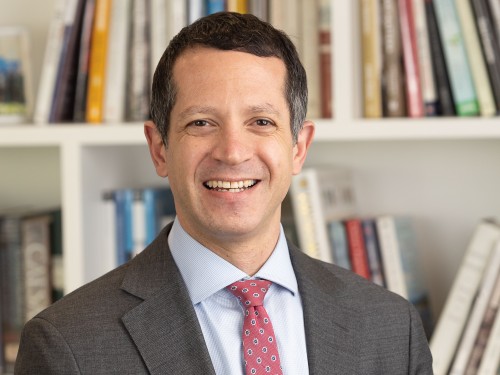 Michael C. Horowitz is Director of Perry World House and Richard Perry Professor at the University of Pennsylvania. He is currently on a leave of absence from the University to serve as Director of the Office of Emerging Capabilities Policy at the U.S. Department of Defense. He is the author of The Diffusion of Military Power: Causes and Consequences for International Politics, and the co-author of Why Leaders Fight. He won the Karl Deutsch Award given by the International Studies Association for early career contributions to the fields of international relations and peace research. He has published in a wide array of peer reviewed journals and popular outlets. His research interests include the intersection of emerging technologies such as artificial intelligence and robotics with global politics, military innovation, the role of leaders in international politics, and geopolitical forecasting methodology. Professor Horowitz previously worked for the Office of the Undersecretary of Defense for Policy in the Department of Defense.  He is a senior fellow for defense technology and innovation at the Council on Foreign Relations. Professor Horowitz received his Ph.D. in Government from Harvard University and his B.A. in political science from Emory University.